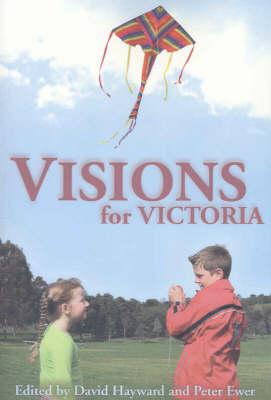 Are unions a ‘problem’ to be ‘managed’ by Labor Governments, or are they allies in a project of social justice? Is the public sector an instrument of democratic influence over economic life, or a watering hole where private profit-makers drink from the fountains of privatisation, contract public services and corporate welfare?

Visions for Victoria tackles these questions in the context of the current debate about the future of the public sector under a State Labor Government. It canvasses a range of policy problems, from the environment to essential services, and reflects more widely on the crisis of labour movement policy-making, the crucial debate over public financing and the continuing vigour of privatisation, re-badged as ‘public-private partnerships’.

“These days bureaucracy has become a dirty word. But the new managerial class that has replaced it and takes pride in its easy accountability to the government of the day, ability to cut through ‘red tape’with its focus on ‘outputs’ and ‘customer service’ and the ability of its senior practitioners to slip easily between the public and private sectors, has arguably become far more dangerous to good government than the old-style public servant who put the emphasis on process, deep knowledge about his or her area of responsibility and was sufficiently secure as to insist that the full implications of policy proposals were put in writing and delivered to the minister.

This traditional brake on bad government is sorely missed, particularly in Victoria. The history of how this happened and how it is undermining the good governance of Victoria is magnificently described in a new book, Visions for Victoria.” – Ken Davidson, The Age.