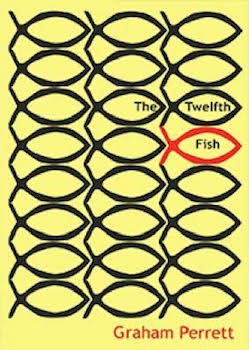 In the small rural Queensland town of Lawson, where the people are still reeling from the arrival of the 1990s and modernity, surfie teacher Lawrence Lalor is condemned to servitude by the Catholic Education League. From his veranda and the pub, he quickly learns the secrets of life in the bush.

While Lawson is just another ‘dead- kangaroo-on-the-side- of-the-road’ country town with its streets named after saints, Lawrence is quick to learn that beneath its simple surface, it is a town of depth and deception.

Drunken mistakes, accidental friendships, adultery, love, murder and the arcane practice of fish counting lead Lawrence to the discovery that courage and dignity are more rare than precious. Lawrence Lalor’s journey through Lawson – the jewel of the west – gouges a scar on his emotional landscape that will stay with him forever.

Born in St George, Queensland in 1966, Graham Perrett was the seventh of ten children. He’s been counting the numbers ever since.

In 1985, he received a diploma for teaching with which he taught for three years in Darling Downs and far north Queensland and for a further eight years in Brisbane.

After working with the Queensland Independent Education Union as an organiser Graham was admitted as a Senior Policy Advisor with the Queensland Government. He was the ALP candidate for Moreton in the 2004 Federal Election and was elected to the Commonwealth House of Representatives in November 2007.

Having played in a band – Once I Killed a Gopher with a Stick – throughout his teaching days, Graham remains a keen fan of music and literature and also enjoys writing and bushwalking. He now lives in Southern Brisbane with his wife Lea and son Stanley.