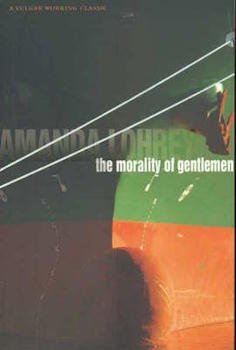 Published by Montpelier Press in association with The Vulgar Press.

A true classic, The Morality of Gentlemen was first published in 1984. It is one of a few great political novels ever written by an Australian about Australia political conditions. Editor of Overland, Ian Syson who writes the introduction to this publication says that it is ‘the book that Frank Hardy spent his life trying to write.’

The author Amanda Lohrey is one of Australia’s leading novelists and social commentators. She grew up the daughter of a waterside worker and calls on the semantic tendrils of this early experience in this authentic literary masterpiece. In The Morality of Gentlemen Amanda Lohrey uses a writing technique that derives as much from the great Dos Passos as it does from the German playwright Brecht. With the skill of a true artist she has created a full-blooded political narrative that is gripping to read and has the sweep, colour and ambition we usually associated with the great European writers of the twentieth century.

The Morality of Gentlemen is a unique Australian history as relevant today as it was when first published in the 1980s. It tell a story from within the perspective of working class culture of intelligent, ironic and sophisticated men and women dealing with the timeless challenge of oppression by the rich and the political Right.

“The Morality of Gentlemen is one of the ten best books of the Eighties.” – Peter Craven, The Age