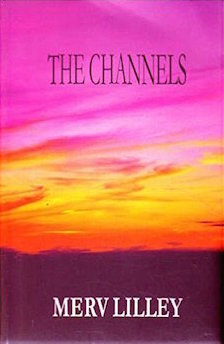 Merv Lilley is an enigmatic figure. The writer of the deeply troubling Gatton Man (in which Lilley claims that his father committed the unsolved Gatton murders!) and the delightful and useful manual for a poetic life, Git Away Back!, Merv is well into his eighties. He has had a working life as a cane-cutter, seaman and miner, among other occupations. He has been a writer and reciter for over 60 years.

The Channels is Lilley’s first and probably only novel. It is a fictionalised autobiography (Lilley describes it as a “faction”) of a Lilley-like figure who travelled Queensland looking for work, strife and political struggle in the 1950s and onwards. Lilley’s work represents a continuation of the social realist tradition into the postmodern period. The solidity and integrity of an old politics remains unchanged and this in part explains the book’s failure to attract corporate publishers.

Yet the book’s focus on the psychological and its level of formal experimentation could never have been sanctioned by Party publishers. Never one to buckle under Party or any other kind of pressure, Lilley has written the novel of his life with a steady gaze. It lambasts the contradictions and hypocrisies of Australian Stalinism at the same time as it rails against the rule of Menzies and the squatters.

The Channels is an invaluable work of literary, political and personal history, one that will never be emulated.