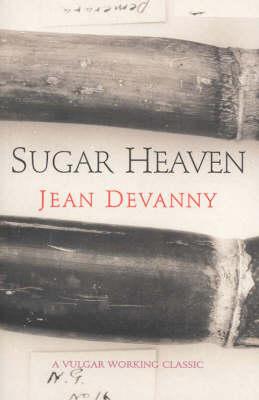 Marking the 40th anniversary of Jean Devanny’s death, the Vulgar Press is republishing her most successful and influential novel, Sugar Heaven, the latest Vulgar Working Classic.

Set in the steamy tropical canefields of Far North Queensland, Sugar Heaven tells the story of Dulcie a ‘southerner’ who comes to Innisfail to be with Hefty, her cane cutter husband. She learns the hard way about class and sexual politics in the heart of an industrial dispute over deadly Weil’s disease in the Cane.

The present edition is a corrected text of the first edition and includes a new introduction by the editor, Nicole Moore, as well as Devanny’s own essay on Australian radical working class writing. Essays by Carole Ferrier and Amanda Lohrey are also included to make this edition appeal to both casual and scholarly readers.

“Sugar Heaven is one of the few early Queensland novels worth reading for itself.” – Judith Wright.

“Nothing more intense or convincing has been written about ‘work’ in Australia than Jean Devanny’s description of the cutting of the cane.” – Daily Telegraph.