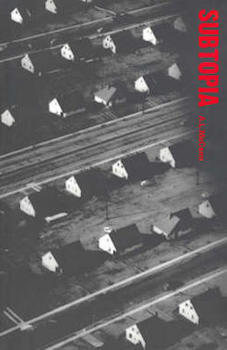 1977. The fibro-belt suburbs of Melbourne’s south. The names of West German terrorists crackle through the white noise of television news, but barely penetrate the soundtrack of the seventies. Endless summers, mass-market pornography, sport, and a sexual freedom precariously close, yet always just out of reach. Only when Julian meets Martin Bernhard, a ratbag of a kid who smokes, drinks and shoots model soldiers with his air-rifle, does the world start to look a bit larger, and a bit more dangerous. And once you get a passport and a plane ticket, it seems, you can be anything you want to be.

“This is a novel of ideas, ideas that are fascinating and troubling. The writing style is that rare combination, punchy and elegant. You can smell the suburbs – the asphalt, the boredom and the beer breath. There is a truth in the friendship between Martin and Julian. It is honest, funny and bitter. It is a real story of the petty betrayals that so many of us have committed but are too scared to write or talk about. So we make up lies. There’s a lot going on in this novel and we bloody need that; it doesn’t disappear into thin air the way so much writing does these days.” – Christos Tsiolkas.

“The best novels speak the truth, literally or figuratively, and Subtopia resonates with the stuff. A bitter truth, sure, but one that needs airing. Subtopia is astutely observed and neatly delivered. Full of intelligence and sensitivity, this is the best Australian novel I’ve read in quite some time.” – Sacha Molitorisz, Sydney Morning Herald.

“The precariousness of mental states is frighteningly imagined by McCann. Subtopia – which takes on so much – has the courage of its ambitions, and realises most of them. Its range makes most contemporary Australian fiction seem parochial. The momentum is nervous, hurried, but sustained to the last words: Julian’s benediction for his lost companion, ‘already long gone, perhaps never really there’. Intelligently alert to the politics, literature and failed beliefs that inform his novel, McCann’s is a name to be watched.” – Peter Pierce, The Bulletin

Andrew McCann (A.L. McCann) has published extensively on British and Australian literature in a wide range of local and international journals. His first novel, The White Body of Evening, was published in 2002 by HarperCollins Australia.