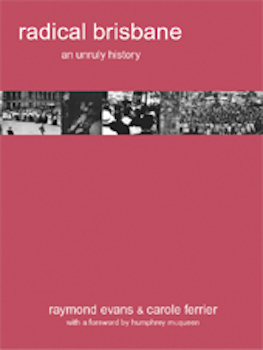 With a revealing foreword by Humphrey McQueen and featuring 336 pages of Bribane’s hidden history and illustrated with over 120 historical and contemporary photographs and maps reproduced on high quality art paper, Radical Brisbane is a monument to those who have struggled for political and social justice throughout the past 200 years.

Readers will be amazed at what is hidden behind the facades of Brisbane city and its surrounding suburbs.