The Decline of Australian Communism 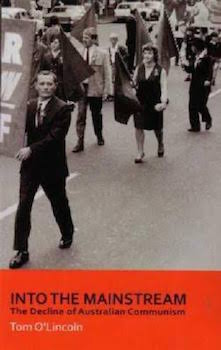 This essay, first published in 1985, is about the fate of the Communist Party of Australia.

Still a monolithic Stalinist party of some strength in the late 1940s, it was transformed by the postwar decades. It rejected Stalinism, but was unable to replace it with a coherent political alternative, and by 1985 it had declined into a confused and demoralized rump.

Most commentators welcomed the political changes when they occurred, arguing that the CPA’s break with Stalinism was a historic step forward. A minority deplored them, contending that the party was abandoning a socialist vision in favour of trendyism, opportunism and reformism. By and large the debate over the party’s postwar development was conducted between these two poles.

I argued for a third perspective. Stalinism was an odious political tradition, and had also become unviable in the postwar era. Its claims to embody a socialist vision were a sham. However in turning away from Stalinism, the CPA had embraced liberal and reformist ideas that were no real improvement. Few among its members were interested in a revival of the revolutionary traditions of Marx, Lenin or Trotsky. Fewer still were attracted by the revolutionary socialist strategies that far-left activists like me offered as a road forward in contemporary Australia.

Yet without a return to revolutionary Marxism, the Communist Party could only end up liquidating itself into mainstream capitalist politics. This book trades the complex process by which it moved toward that end. By the time Into the Mainstream appeared, the party had taken steps which effectively sealed its fate.

A majority of the Victorian branch had formed a new group called Socialist Forum, most of whose members eventually (as I foreshadowed) joined the Labor Party. The majority nationally was already looking to form a broader New Left Party, but this lasted only a few years (1989 to 1993). The party itself survived on paper until 1995, by which time it had transferred its resources to the Search Foundation, which continues to support left-of-centre endeavours. For practical purposes the party’s life ended in 1991 – around the same time that Mikhail Gorbachev presided over the collapse of the Soviet Union.

The Communist Party is long gone, yet Into the Mainstream retains a following. I think that’s because left activists feel a need to know how to avoid the mistakes that wrecked this important political movement, as a starting point for discussing how to build something new. The Communists set out to create a better world; and today we need that as much as ever. Many thanks to Red Rag for getting the book back into print.

I will always be grateful to those who consented to be interviewed. Many of them stressed that in doing so, they didn’t wish to be thought to have rejected the entire CPA experience. Vic Williams particularly emphasized this. They pointed out that the party had many achievements to its credit, and that many of its members were among the finest working class fighters. It is a sentiment with which I sympathize, and I hope that the book’s polemical nature hasn’t obscured it unduly.