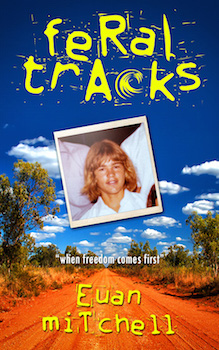 Feral Tracks captivated teenagers when first released in 1998, including reluctant male readers. It was short-listed for a readers’ choice award and optioned for a feature film. The screenplay was created in 2002 and, although not produced as a movie, inspired this newly rewritten version of the story. Feral Tracks the novel adapted from the screenplay has transformed the travelogue style of the first publication into a more tightly structured story format for a fresh readership.

Euan Mitchell is a wordsmith who lives in Melbourne, Australia. For over two decades, he has put words together for a living. Usually in the right order. He enjoys hearing from readers who agree or disagree with the words he puts into his fiction and non-fiction works.